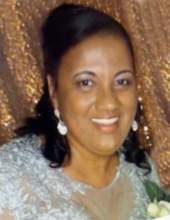 Breaux Bridge - A Mass of Christian Burial will be celebrated at 10:30 am on Saturday, April 24, 2021, at St. Francis of Assisi Catholic Church in Breaux Bridge for Margaret Joseph Davis, 55, who passed away on Monday, April 19, 2021. The family requests that visiting hours be observed at the funeral home from 3:00 pm until 9:00 pm on Friday and continue on Saturday at 7:00 am until 10:00 am. A rosary will be prayed at 6:00 pm on Friday. Interment will follow at St. Bernard Cemetery No. 2 in Breaux Bridge. Margaret was a resident of Breaux Bridge. She was a parishioner of St. Francis of Assisi Catholic Church and was a devout Catholic. In her spare time, she enjoyed going shopping and playing Bingo. She loved to visit with her friends and most of all spend time with her family. Margaret will be greatly missed by everyone who knew and loved her. Margaret is survived by her husband of 34 years, Clifton Davis, Jr.; daughters, Ashley Davis-Guidry (Donald Guidry Jr.) and Alexis Davis Durio (Willie Durio Jr.); a grandchild, Myles Durio; sisters, Elizabeth Johnson and Rita Joseph; and brothers, Junius John Joseph, Wilbert Joseph, and Herbert Joseph. She was preceded in death by her parents Adam and Mercedes Calais Joseph; sisters, Mary Johnson and Rose Joseph; and her brother, Harry Lee Joseph. Pallbearers will be Fredrick Castille, Mekel Joseph, Joseph “Joe” Johnson, Hilton Johnson, Robert Johnson, and Russell Johnson. Honorary pallbearers will be Christopher Joseph, Shadrick Joseph, and Aaron Keith Joseph. Pellerin Funeral Home of Breaux Bridge, 211 Berard St., Breaux Bridge, LA 70517, (337-332-2111) is in charge of arrangements.
To order memorial trees or send flowers to the family in memory of Margaret Joseph Davis, please visit our flower store.