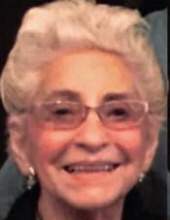 New Iberia – A memorial service will be held at 11:30am on Thursday, July 22, 2021 at Pellerin Funeral Home in New Iberia for Mary Alice Richard Robin, 99, who passed away on Friday, July 9, 2021 at her home in New Iberia, with family by her side. Rev. Ed Degeyter will officiate. A gathering of family and friends will be at the funeral home from 10:00am until the time of service on Thursday. Private Inurnment will be at a later date. Mary Alice Robin was born in Grand Coteau, Louisiana on October 24, 1921 to the late Electa Smith Richard and Henry Richard. She is survived by her son, David Robin and his wife Bonnie; a grandson, Christopher and his wife, Dana; a great granddaughter, Lauren Robin; two siblings, Gladys Cachere and Vernon Richard and his wife, Rosemary; and numerous nieces and nephews.In addition to her parents, she was preceded in death by her by her husband, Herbert “Puddin” Robin; and siblings, Grace, Herbert, Harry, J.Y., Catherine Whiteside, Edna Burleigh, and Louise Pitre. The family would like to express their heartfelt appreciation to Mrs. Robin’s sitters, Wease, Gail, and Carol; extra special thanks to Renee French and Teresa Christy who lovingly took such good care of her; and to Traditions Hospice, especially Chelsea and Christiana for extraordinary care and compassion. Pellerin Funeral Home, 502 Jefferson Terrace Blvd., New Iberia, LA 70560 (337-365-3331).<iframe class="ts_player" allowfullscreen="true" allowtransparency="true" allow="autoplay; fullscreen" frameborder="0" height="330" scrolling="no" src="https://www.tributeslides.com/videos/embedded_video/4TKHN6C9DJHD7JPN" width="512"></iframe>
To order memorial trees or send flowers to the family in memory of Mary Alice Robin, please visit our flower store.