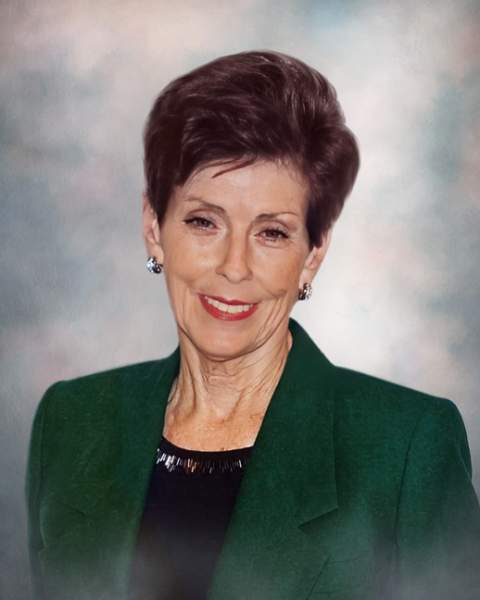 Catahoula- A Mass of Christian Burial will be held at 11:30 AM, Saturday, November 12, 2022, at St. Rita Catholic Church for Mary Jane W. Blanchard, 82, who passed away at Chateau D'Ville Rehab and Retirement in Donaldsonville, La.

A visitation will take place at St. Rita Catholic Church in Catahoula on Saturday from 9:30 AM until time of service.

A rosary will be prayed by the family at 10:30 AM on Saturday.

Rev. Bill Melancon will officiate at the funeral mass. Readers will be Brittany Elmer and Kirklyn Bethea. Draping the pall over Mary's casket will be Maggie Blanchard, Frankie Borel and Mollie Borel.

Interment will follow at Our Lady of the Lake Cemetery.

Mary Jane Wood Blanchard was born August 12, 1940, in Tylertown, MS. She began her working career at Bell South Phone Company in New Orleans, where she met her husband, Raymond, of 43 years. She was also an accountant for University Radio and TV, and later became a hairdresser and opened her own salon "Jane's Hair Wiz" in Lake Charles.

Mary was a devout Catholic and parishioner of Our Lady Queen of Heaven Church while living in Lake Charles. She enjoyed being outdoors working on her flower beds, vegetable garden, and tending to her chickens. Mary's favorite pastimes were listening and singing to music, playing scrabble, doing crossword puzzles, and playing basketball. She was a loving mother, grandmother, great-grandmother, sister, and friend and cherished her time spent with her loving family. She will be deeply missed.

The family would like to extend a special thanks to the staff at Chateau D’Ville Rehab and Retirement in Donaldsonville and Council on Aging in White Castle for the love and care given to Mary.

Honorary pallbearer will be Glenn Wood.

To order memorial trees or send flowers to the family in memory of Mary Jane W. Blanchard, please visit our flower store.