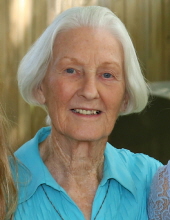 Lafayette – A memorial service will be held at 2:00pm on Saturday, March 6, 2021, at Covenant United Methodist Church in Lafayette for Mary Jane Edgerton Frey, 88, who passed away on Saturday, February 27, 2021, at Ochsner Lafayette General Medical Center. The family requests that visiting hours be observed at the church from 1:00-2:00pm. A light reception to be held at the church will immediately follow the service. The family kindly requests that guests wear masks while indoors at the service. Rev. Jon Tellifero and Rev. Chris Blanchard will officiate. Mary was a loving and devoted wife, mother, grandmother, and servant of God. Born July 20, 1932, in Cleveland, Oklahoma, Mary graduated Cleveland High School with the Class of 1950. She attended Oklahoma State University in Stillwater for one year, after which time she was employed as a secretary by the Farmers Home Administration in Pryor, OK, and in Bartlesville, OK, where she later accepted employment with the Cities Service Company. Mary Jane married Jim Frey on June 19, 1954, in Cleveland, OK, shortly before Jim was deployed to Korea by the U.S. Army. They lived in Stillwater, Purcell, and Maysville before returning to Cleveland in 1957, where Jim accepted employment at the Kerr-McGee refinery. They moved to Oklahoma City in 1965 when Jim transferred to the Kerr-McGee home office, and to Lafayette, LA, in 1982. A fifth generation United Methodist directly from mother to daughter, Mary was an active member of Covenant United Methodist Church in Lafayette where she served as an usher for nearly 40 years. Additionally, she served as the membership secretary for many years. Mary was fondly known by young children as “The Pumpkin Lady” for the colorful pumpkin costume she wore while hosting school tours at the church’s annual Pumpkin Patch. Ever the servant, Mary joyously gave of her time to the church and to those in need, extending her voluntarism to the Miles Perret Cancer Services Center. She was most content when serving others. Mary was the most devoted wife, mother, and grandmother to be found. She was always ready to listen, to assist, to support, and to love. She delighted in her grandchildren, often demonstrating her love through small acts of kindness for them. She enjoyed cooking for her family by following old family traditions and embracing new food experiences which her children and grandchildren enjoyed sharing with her. An avid walker, Mary inspired many with her athletic ability, as she often walked 3-4 miles at a brisk pace in the neighborhood as recently as a year ago. She loved to work in the yard for added exercise, raking and bagging leaves for fun. Many said they wished they could keep up with her. Above all, Mary will be remembered for her gentle smile, her glowing blue eyes, her patience, her presence, her kind words, and her loving heart. Mary is survived by her son, James (partner, Lee Carrington) Frey; two daughters, Paula Frey (Ray) Lindsey, and Kellie Frey (Gary) Kinsland; three grandchildren, Katherine Lee “Katie” Lindsey, Mikaila Mary Estelle Kinsland, and Victoria Jamisen Kinsland; and her brother, Paul (companion, Sue Jasper) Edgerton. She was preceded in death by her husband of 62 years, James Glen “Jim” Frey; father, James Russell Edgerton; mother, Martha Goddard Edgerton; and two brothers, David Edgerton, John Edgerton. The family wishes to thank Mary’s neighbors for their caring support of her, along with the doctors and nurses at Oschner Lafayette General for the quality medical care she received there. In lieu of flowers, memorial donations in Mary’s name may be made to Covenant United Methodist Church, 300 E. Martial Ave., Lafayette, LA 70508, and to the Miles Perret Center Cancer Services, 2130 Kaliste Saloom Rd. #200, Lafayette, LA 70508. Pellerin Funeral Home (337-332-2111) is in charge of arrangements.
To order memorial trees or send flowers to the family in memory of Mary Jane Edgerton Frey, please visit our flower store.