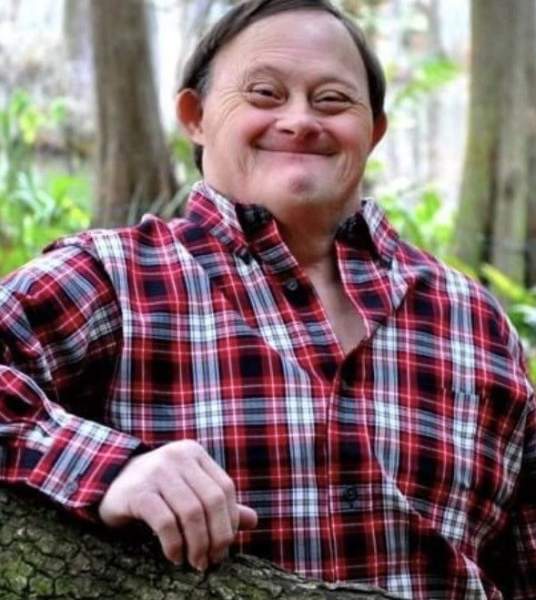 The family requests that visiting hours be observed at the funeral home in St. Martinville from 4:00 pm until 8:00 pm on Sunday, and continue on Monday at 8:00 am until 9:30 am.

Rev. Bill Melancon will officiate at the Mass of Christian Burial. Interment will follow at St. Michael Cemetery in St. Martinville. Readers will be Brandie Lasseigne and Caitlin Davis.

Mike was born “extra” special in 1952 in St. Martinville, LA. He started St. Martin Association of Retarded Citizens(SMARC)as a young adult. He was on the recycling crew and yard cutting crew. His favorite teacher was Ms. Joan Cormier. After the passing of his mother and sister,he then moved to Lafayette to live with Gerald’s family and began Lafayette Association of Retarded Citizens(LARC). At LARC, he worked contracts of gumbo bowls, utensils, Mardi Gras Beads, and cleaned the Social Security Offices one summer. His long time teacher at LARC was the love of his life, Ms. Shirley Sherman and her assistant Pleasure Mouton. He spent many nights and weekends following Ryan and Caroline in their sporting activities. He joined the Civitan’s Perfect World Bowling League soon after moving to Lafayette and was part of the League until the time of his death. He enjoyed bowling every Monday. He loved to go Camping with the family and enjoyed his many trips to Florida and the camp in Lake Arthur. He moved to the “Guidry” home operated by LARC in 2013. If you ever met him, you never forgot him. His famous saying was “Hi, I’m Mike, I live with my brother. He loved Country Music, Elvis Presley, bowling and WWE. He lived a happy, healthy, long life. The family would like to extend gratitude to the Staff of the “Guidry” home for their loving care of Mike over the last eight years.

Honorary pallbearers will be Terry Dore'' and Sandy Sonnier.

To order memorial trees or send flowers to the family in memory of Michael "Mike" Paul Lasseigne, please visit our flower store.