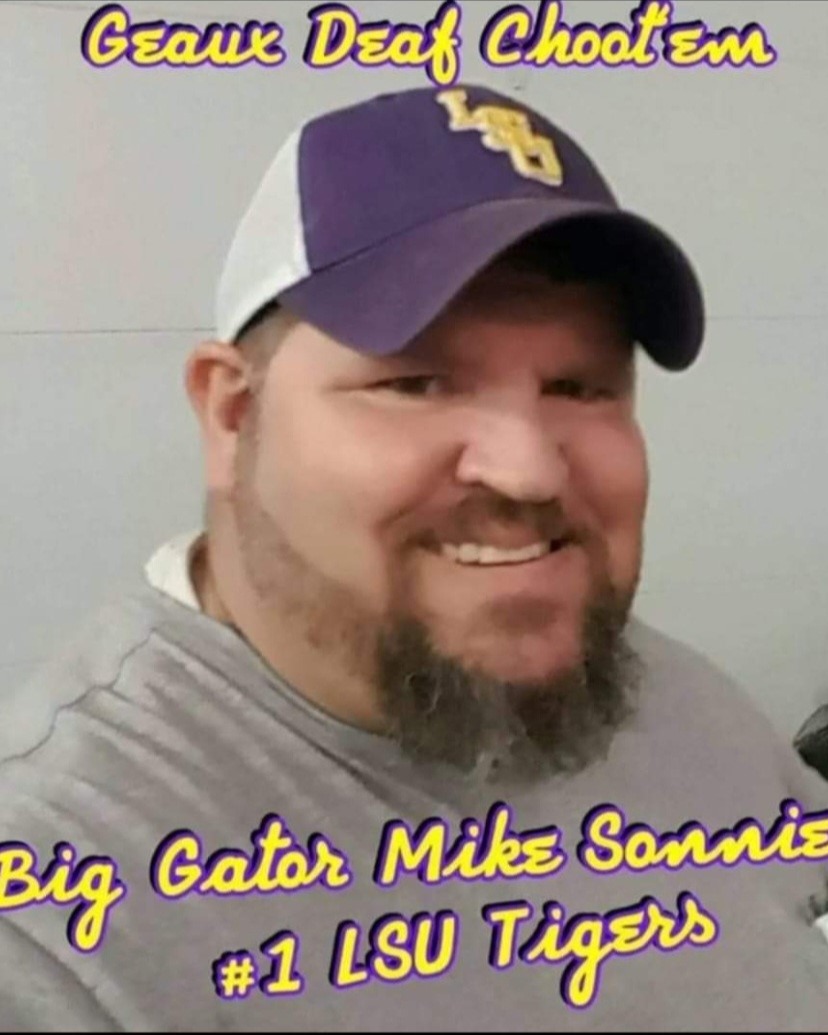 New Iberia – A memorial service celebrating the life of  Michael James Sonnier, 46, will be held at 2:00 pm on Tuesday, January 31, 2023, at Pellerin Funeral Home in New Iberia. Michael passed away on Saturday, January 21, 2023, at Iberia Medical Center.

A gathering of family and friends will be at Pellerin Funeral Home from noon until 2:00 pm on Tuesday.

A resident of New Iberia, Michael was born in Lafayette, Louisiana on October 25, 1976, and was a 1996 graduate of Louisiana School for the Deaf in Baton Rouge. Michael was a sports fanatic; he pulled for all teams, especially LSU. He was a jolly person; you could always catch him smiling. Michael loved everybody, was a big teddy bear, and was dearly loved by the deaf community. He will deeply missed.

To show support for Michael and his love of sports, the family would love it if everyone wore game day attire.

In lieu of flowers, please make memorial donations to the family to help offset medical expenses.

To order memorial trees or send flowers to the family in memory of Michael James Sonnier, please visit our flower store.