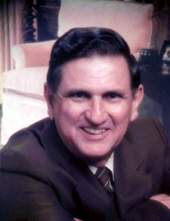 New Iberia - A Memorial Service will be held at 10:00 am on Tuesday, June 8, 2021, at Pellerin Funeral Home in New Iberia for Mitchell Thibodeaux, Jr., 90, who passed away on Sunday, May 30, 2021, in Lafayette.Interment will be at a later date.A gathering of family and friends will be Monday from 3:00 pm until 8:00 pm at Pellerin Funeral Home. Visitation will continue on Tuesday from 9:00 am until 10:00 am.A longtime area resident, Mr. Thibodeaux was born on June 7, 1930 in Lone Pine and was a graduate of SLI, now the University of Louisiana Lafayette, ULL. In 1957 he established Tibby’s Roller Rink in Lafayette, and was also the owner and operator of the skating rink on Lewis Street, in New Iberia, and one in Bossier City. Mr. Thibodeaux coached roller speed skating for many years and was the liaison for the Roller Skating Association International (RSAI) and Special Olympics. In 1988 he was the RSAI Rink Operator of the Year. He was also employed by Sears for 17 years, having received several awards throughout his career. An avid fan of ULL, Mr. Thibodeaux enjoyed working in his yard, roller hockey, golf, softball, basketball, and fishing. Survivors include his wife, Beverly Thibodeaux of New Iberia; daughter, Deborah Torries (Frank) of Lafayette; son, Mitchell Paul Thibodeaux of Lafayette; step daughter, Barbara Delhomme (Michael) of New Iberia; step son, Joe LaCombe of Riverside, CA; stepson, James Dean LaCombe (Rosanne) of San Antonio, TX; daughter-in-law, Vanessa Racca LaCombe of New Iberia; 20 grandchildren and 15 great grandchildren.He was preceded in death by his daughter, Dianne Thibodeaux and a stepson, Clarence LaCombe; . In lieu of flowers, memorial contributions may be made to the Alzheimer’s Association, 7732 Goodwood Blvd, Suite 110, Baton Rouge, LA 70806Pellerin Funeral Home, 502 Jefferson Terrace Blvd., New Iberia, LA 70560, (337-365-3331) is in charge of arrangements.<iframe class="ts_player" allowfullscreen="true" allowtransparency="true" allow="autoplay; fullscreen" frameborder="0" height="330" scrolling="no" src="https://www.tributeslides.com/videos/embedded_video/5B2366YSMXMB8XKS" width="512"></iframe>
To order memorial trees or send flowers to the family in memory of Mitchell Thibodeaux, Jr., please visit our flower store.