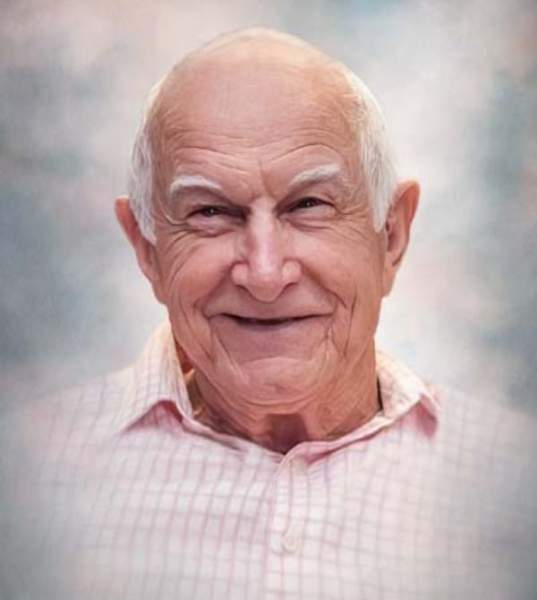 Henderson – A Mass of Christian Burial will be celebrated at 10:30 am, on Thursday, June 30, 2022, at Our Lady of Mercy Catholic Church in Henderson, for Newton Joseph Dupuis, 89,  who passed away on Sunday, June 26, 2022, at his residence surrounded by his loving family.

The family requests that visiting hours be observed from 2:00 PM until  8:00 PM on Wednesday, June 29, 2022, at Pellerin Funeral Home in Cecilia.

Rev. Lloyd Benoit will officiate at the Funeral Mass. Interment will follow at Our Lady of the Lake Cemetery in Catahoula.

Newton was employed with Southern Pacific Railroad for 41 years and always expressed his love for the railroad and all of his accomplishments during his tenure.  He was a member of the Knights of Columbus as a Grand Knight, President of the Parish Council for Our Lady of Mercy Catholic Church, Lector and Eucharistic Minister at St. Jules Catholic Church in Franklin and at Our Lady of Mercy Catholic Church in Henderson. He loved cutting his grass, gardening, cooking outdoors, fishing, and going to their camp on the weekends. As a past time, you could find him on his John Deer lawn mower riding his grandchildren and great grandchildren, which was always the highlight of his day.

The family would like to express their gratitude to NSI, Home Instead, and Hospice of Acadiana for the wonderful care that was provided to their loved one during their time of need.

To order memorial trees or send flowers to the family in memory of Newton Joseph Dupuis, please visit our flower store.