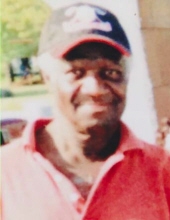 Breaux Bridge - A Mass of Christian Burial will be celebrated at 10:30 am on Friday, January 8, 2021, at St. Francis of Assisi Catholic Church in Breaux Bridge for Norris Charles, Sr., 77, who passed away on Monday, January 4, 2021, at University Hospital and Clinics. The family requests that visiting hours be observed at the funeral home from 7:00 am until 10:00 am on Friday. A rosary will be prayed at 8:00 am on Friday. Interment will follow at St. Bernard Cemetery No. 2 in Breaux Bridge. Norris loved doing carpentry, working on cars, and always looked forward to starting new projects. He also loved riding in his cars, drinking an ice-cold Coca-Cola and chewing gum. Norris was a very sociable man who never met a stranger and spending time with his late brother, Henry, his family, and friends were moments that he treasured. He is survived by his loving wife, Emma A. Charles of St. Martinville; son, Norris (Arian) Charles Jr. of St. Martinville; four daughters, Lorenza (Corey) Charles of Lafayette, Loretta (Bryson) Rodriguez, Lorena Charles, and Veronica (Philip) Thibodeaux, all of St. Martinville; and four grandchildren, Dortrevian Charles, Kentrevion Charles, Xaeden Charles, and Zhuri Charles. He was preceded in death by his parents; Roosevelt and Lorena Landry Charles; brother, Henry Landry; and a godchild, Germaine Williams. Pallbearers will be Norris Charles, Jr., Philip Thibodeaux, Bryson Rodriguez, Corey Charles, Roy Charles, Jr., Tray Charles, and Joseph Landry. Pellerin Funeral Home of Breaux Bridge, 211 Berard St., Breaux Bridge, LA 70517, (337-332-2111) is in charge of arrangements.
To order memorial trees or send flowers to the family in memory of Norris Charles, Sr., please visit our flower store.