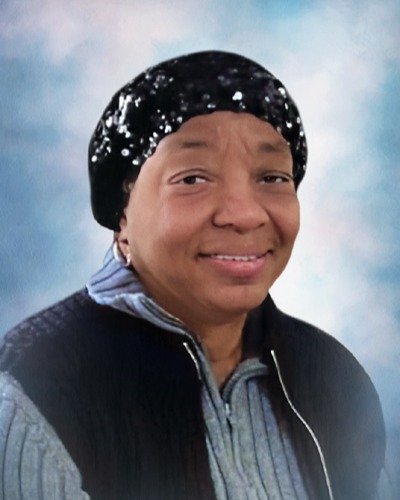 Father Joe Campion will officiate at the Funeral Mass. Interment will follow at St. Francis of Assisi Cemetery.

Pearl was born to the late Lena Alexander Williams and Dalton Williams and raised in Breaux Bridge, Louisiana. She grew up with four brothers, Junius "June", Charles, George, and Sidney.

After graduating from Breaux Bridge High School in 1967, for a short time, she attended Southern University (SU) in Baton Rouge, Louisiana, and then the University of Southwestern Louisiana (USL) in Lafayette, Louisiana.

Pearl was the biological mother of one child, Rashida Williams. However, many people considered Pearl, "Nanny Pearl", their surrogate mother.

She nurtured hundreds of kids, students, and adults over a beautiful 30+ year career. She spent the early years of her journey as a teacher at Alex Day Care and she spent her later years as the director at We Care Community Homes, working with intellectual disabled adults.

Pearl was free-spirited and she loved music, dancing and partying with family and friends.

She was preceded in death by her mother, Lena Alexander Williams, whom she cared for many years; father, Dalton Williams; maternal grandfather, George Alexander; and nephews, Christopher and George Daniel Williams.

To order memorial trees or send flowers to the family in memory of Pearl A. Williams, please visit our flower store.