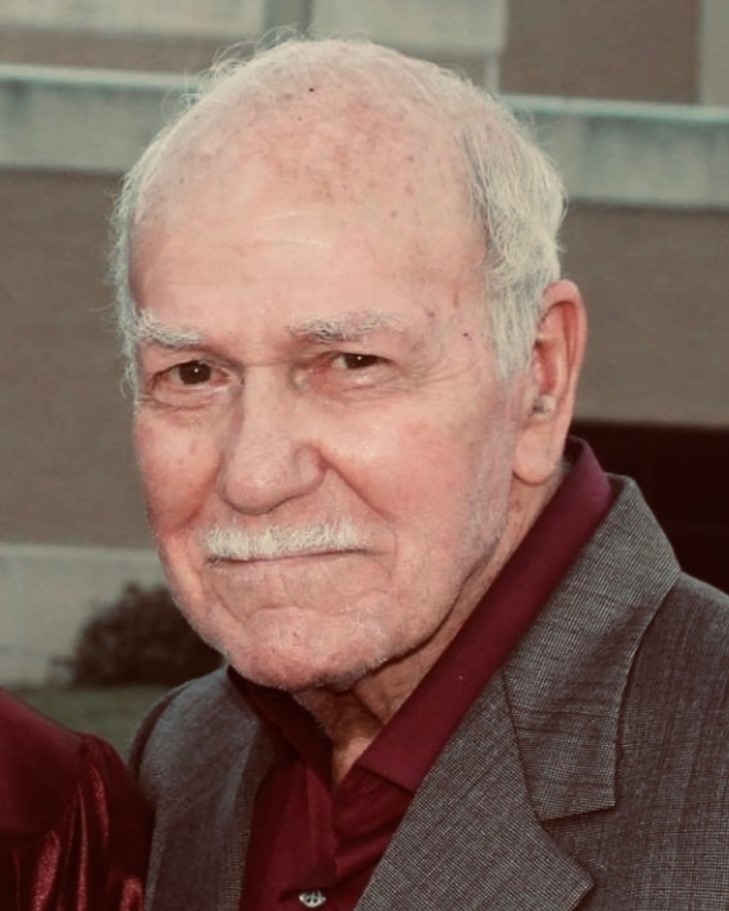 A gathering of family and friends will be held from 3:00 PM until 9:00 PM on Tuesday January 3, 2023 at Pellerin Funeral Home in New Iberia. A rosary will be prayed by The Men’s Rosary Group at 6:30 PM. Visitation will continue Wednesday from 11 AM 1:00 PM.

Ray was born on February 13, 1934, to the late Wilton and Bertha Viator Fremin of New Iberia. He married the love of his life, Velta Marie Bourque, on June 1, 1952. Ray and Velta’s love story started with a ride home from the skating rink, and their love for each other blossomed into a love one could only dream of having. A testament to their love, Ray and Velta had 9children, 34 grandchildren, and 68 great grandchildren. He looked forward to frequent large family gatherings. He had a personal connection with each child, grandchild, and great grandchild. He was proud to have such a large and loving family. Ray and Velta were devout Catholics of Our Lady of Perpetual Help Catholic Church and raised their children to know and love Christ.

Ray attended St. Peter’s College and graduated from New Iberia High School in 1951. He attended Spencer Business College and was a member of the United States Naval Reserves. At a very young age, he began working with his father and mother in the family grocery business, “Wilton Fremin General Store.” The store then became “Fremin and Son Grocery,” with Velta joining Ray in the business. With his children by his side, Ray continued to grow the family business, and it became “Fremin’s Food and Furniture, Inc.” in 1974. At the age of 22, he and several other local grocers began Affiliated Foods/IG Wholesale Grocers Coop where he eventually became chairman. He served on many boards; People’s Bank & Trust, City Bank & Trust, Teche Electric Cooperative, and other volunteer positions. In the mid 80s, he began “Fremin’s Fireworks” and later “Fremin’s Tent and Event Rentals.” Representative of his entrepreneurial spirit, Ray began coin collecting at the age of 8, which blossomed into a lifelong passion that later led to buying and selling gold and silver. His hobby turned into a small pawn business in which he received his GIA certification in diamonds.

Among his hobbies, Ray and Velta were avid travelers, traveling to every state in the U.S. and five of the seven continents. Many of their travels were done via motor home. Ray was involved in real estate where he purchased and salvaged several historical buildings such as St. Peter’s College. He would later reuse the material to expand his home and build rental properties. Ray had a generous heart and was always helping those in need, donating his time, talent and treasure to those in the community. Other interests included hunting, fishing, dancing, reading, and learning. He had an incredible thirst for knowledge and enjoyed sharing his knowledge with others.

In addition to his parents, he was preceded in death by his wife, Velta; son, Rodney; grandson, Jake Sanchez; great-grandson, Lincoln Pharr; and brother in-law Harry Joseph Waldmann, Sr.

The Fremin family would like to express their heartfelt thanks to his loving caregivers, Sylvia Harris, Forrest Lewis, Twana Clay, Cheryl Robertson, Pearlie Jones, Ronald Colbert, Kisha Broussard, Lorraine Lockhart, Becky Etienne, and especially our loving sister Mary Norris, for the kindness and compassion shown to the entire family. We would like to thank the staff of Traditions Hospice, with a special thanks to Chelsea Freyou, R.N.

In lieu of flowers, the family asks that donations be made to St. Jude’s Children’s Research Hospital in honor of Peyton Murphy, great-grandson of Ray. https://fundraising.stjude.org/peytonmurphy.

To order memorial trees or send flowers to the family in memory of Rayward Ray Fremin, Sr., please visit our flower store.