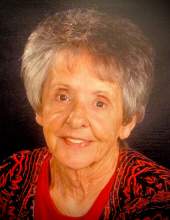 Parks - A Mass of Christian Burial will be celebrated for Rhena Touchet Melancon, 78, on Friday, July 23, 2021, at 12:00 p.m. at St. Joseph Catholic Church in Parks, Louisiana. She passed away peacefully at her home on Monday, July 19, 2021, surrounded by her family.The family requests that visiting hours be observed at Pellerin Funeral Home in Breaux Bridge from 4:00 p.m. until 9:00 p.m. on Thursday, July 22, 2021, and will continue from 8:00 a.m. until 11:30 a.m. on Friday, July 23, 2021. A rosary will be prayed at 7:00 p.m. Thursday, July 23, 2021, in the funeral home by Jackie Comb.Interment will be at St. Bernard Catholic Church Cemetery No. 2 in Breaux Bridge. Fr. Nicholas Dupre' and Fr. Donovan Labbe' will celebrate the Mass. Her granddaughters-in-law and great-grandchildren will serve as readers and gift bearers. Rhena was born in Coteau on December 6, 1942 to Ralph and Zadia Touchet. She graduated from Lafayette High School in 1960. After graduation she went to work for Abdalla’s and the South Central Bell Phone Company. She married Louis Edward Melancon in 1961 and had one son, Randal James. In her own words she was "busy gardening, raising rabbits, raising Randy, raising hell, and loving every minute.” Once grandkids came the rabbits had to go. Rhena quickly became “Gram” to all of her grandkids and their friends. If you ever met Gram, even once, you became her family. You knew you were loved and welcome. She became an excellent cook learning from her mom, grandmother, and mother-in-law. For the last several decades, Gram has been a resident of Parks, LA and loved living next door to her son, daughter-in-law, and grandkids. She enjoyed cooking, canning, and baking for them when she wasn’t cutting her grass or feeding the chickens. Gram was a true southern matriarch of the Melancon family. Her door was always open to family and friends for a good meal, good music, sweet dough pies, and “beer-thirty.” Some of her favorite guests and friends were the many priests of St. Joseph’s Catholic Church that nurtured her faith and the faith of her family as it grew in the small village of Parks. Gram wanted to be remembered as a woman who could do what she wanted to do when she wanted to do it. Survivors include her daughter-in-law Margaret “Ponnie” Peltier Melancon; two granddaughters, Olivia Patin (Ian) and Sophia; six grandsons, Mark (Denise), Patrick (Sarah), Lane, Louis, Stephen, and Dominic; and five great-grandchildren: James, Maria, Jacob, Ella, and Ruby. She was preceded in death by her parents Ralph Lawrence Touchet and Zadia Maturin Touchet, husband Louis Melancon, son Randal Melancon, siblings Darrell Touchet, Yvonne Frederick, Jeffery Touchet, and Jessie Touchet and two grandchildren Bryce and Faith Melancon.Pallbearers will be her six grandsons and her grandson-in-law. The family would like to thank her nurses and therapists at Ochsner St. Martin Hospital for their loving care. In lieu of flowers, the family requests that donations be made in the name of Rhena Melancon to Hospice of Acadiana (2600 Johnston St., Ste. 200, Lafayette, 70503).Pellerin Funeral Home 211 Berard Street, Breaux Bridge, LA is in charge of arrangements.To view on-line obituary, sign guestbook and view video tribute, go to www.pellerinfuneralhome.com<iframe class="ts_player" allowfullscreen="true" allowtransparency="true" allow="autoplay; fullscreen" frameborder="0" height="330" scrolling="no" src="https://www.tributeslides.com/videos/embedded_video/8DFN3DD3DQCKZM44" width="512"></iframe>
To order memorial trees or send flowers to the family in memory of Rhena Touchet Melancon, please visit our flower store.