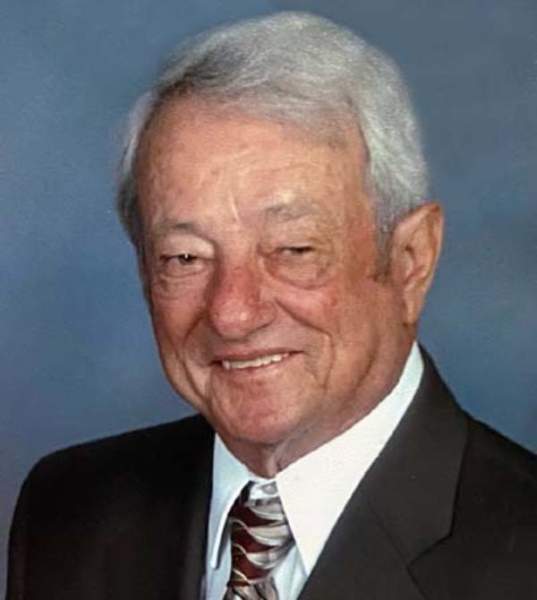 Breaux Bridge - A Mass of Christian Burial will be celebrated at 1:00 pm on Saturday, February 26, 2022, at St. Bernard Catholic Church in Breaux Bridge for Robert "Bob" Thibodeaux, 89, who passed away on Wednesday, February 23, 2022.

The family requests that visiting hours be observed at the funeral home from 3:00 pm until 9:00 pm on Friday and continue on Saturday at 8:00 am until 12:30 pm.

Rev. Garrett McIntyre will officiate at the Funeral Mass. Readers will be Laurene Thibodeaux and Phillip Doiron. Gift bearers will be Brittany Tabor, Ana Thibodeaux, and Whitney Henry.

Robert, known as "Bob", to his family and friends, was born March 13, 1932, in Breaux Bridge. He honorably served his country in the United States Army. Bob was devout Catholic and a lifelong parishioner of St. Bernard Catholic Church, where he served as an usher. He was a faithful and dedicated adorer at St. Bernard’s Chapel of Perpetual Adoration for many years. Bob was a member of the Knights of Columbus, Lions Club International, Cattleman's Association, and was a past member of the Lake Martin Advisory Board. He had a passion for LSU football, cattle farming, and baling hay, and enjoyed sitting on his front porch, and often took joyrides around town. His love for his family was immense. Bob will deeply be missed by his family and friends.

He was preceded in death by his parents, Zachary and Augustine Babb Thibodeaux; brother, Sosthene Thibodeaux; and his sisters, Girdie Marks, Hazel LaBiche, and Yolande Doiron.

Honorary pallbearer will be Jacob Tabor.

The family would like to extend special thanks to Dr. Warren Degatur, and all of his physicians, as well as his caregivers, and Concepts of Care Home Health, for the wonderful and compassionate care they provided to him during his time of need.

Memorial donations may be made to the Discalced Carmelite Monastery, 1250 Carmel Dr, Lafayette, LA 70501.

To order memorial trees or send flowers to the family in memory of Robert "Bob" Thibodeaux, please visit our flower store.