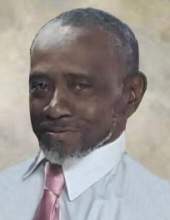 Breaux Bridge - A Mass of Christian Burial will be celebrated at 10:30 am on Thursday, June 24, 2021, at St. Francis of Assisi Catholic Church in for Ronald Joseph Gary, 64, who passed away on Saturday, June 19, 2021, at his residence.The family requests that visiting hours be observed at the funeral home from 7:00 am until 10:00 am on Thursday.A rosary will be prayed at 8:00 am on Thursday.Rev. Ugochukwu Jerome Cletus SSJ will officiate at the Funeral Mass. Interment will follow at St. Francis of Assisi Cemetery in Breaux Bridge. Ronald was a resident of Breaux Bridge, and for some time he was employed with the City of Breaux Bridge Utilities Department. He was known to many as a "Jack-of-all-Trades" and was always someone you could count on when something needed to be done. Ronald was also known to have a love for soul food. He was a loving brother, father, grandfather, great-grandfather, uncle, and a friend to many. He will be dearly missed by all who knew him. He is survived by his sons, Ronald Gary Jr. (Kimberly), Douglas Gary, and Anthony Gary; daughter, Shayla Alexander (Lance Turner); sister, Mary Montgomery; brothers, Raymond Gary Jr. (Brandy), Ricky Gary (Lillian), and Terry Gary (Aranika); and a host of grandchildren, great-grandchildren, nieces and nephews. He was preceded in death by his parents, Theresa and Raymond J. Gary Sr.: maternal parents, Emilte Davis and Raymond Davis; paternal grandparents, Preston and Emily Garry; brothers, Preston Gary; sisters, Dexter Gary Morale, Renella Gary, and Gaynella Girard; nephew, Clarence Hypolite, Jr.; and niece, Zoria Gary. Pallbearers will be Anthony Gary, Ronald Gary Jr., Douglas Gary, Ricky Gary Jr., Raymond Gary III, and Brandon Gary.Honorary pallbearers will be Ricky Gary Sr., Raymond Gary Jr., Terry Gary, Peter Girard, Tyrick Gary, and Jernathon Alexander.Pellerin Funeral Home, 211 Berard St., Breaux Bridge, LA 70517, (337-332-2111) is in charge of arrangements.<iframe class="ts_player" allowfullscreen="true" allowtransparency="true" allow="autoplay; fullscreen" frameborder="0" height="330" scrolling="no" src="https://www.tributeslides.com/videos/embedded_video/8YWTSPYFWPFW9Z9R" width="512"></iframe>
To order memorial trees or send flowers to the family in memory of Ronald Joseph Gary, please visit our flower store.