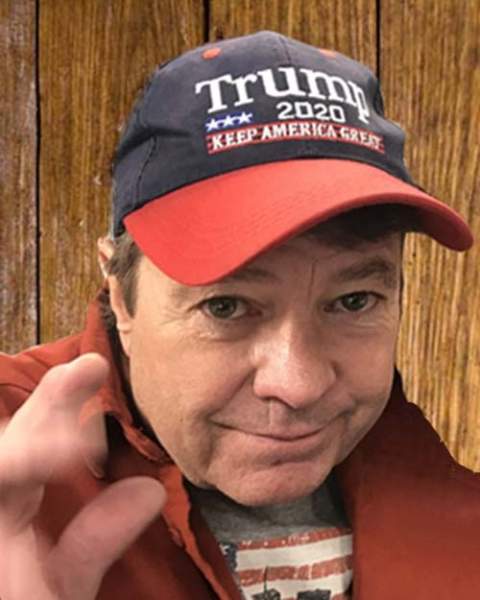 Visitation will be at Pellerin Funeral Home from 9:00am until 11:00am on Friday, with Recitation of the Rosary at 10:30am.

Buddy passed away on Wednesday, November 9, 2022, in Haverhill, Massachusetts, after fighting a yearlong brave battle with throat cancer.

Roy Gabriel "Buddy" LaSalle, Jr. was born in New Iberia, Louisiana on February 4, 1959, and was a 1977 graduate of Catholic High School, playing football for the mighty Panthers. Buddy’s gridiron days under the ‘legendary’ Coach Louque certainly helped ‘sharpen his metal’ as he carried that fighting spirit and tough mentality throughout life. It was during this time that Buddy’s love for his parents, siblings and friends blossomed.

Growing up during that era, coupled with his daring sense of adventure, Buddy accumulated scores of true friends and logged tons of ‘war stories’. Choosing to work with his hands, he started his professional career in construction where he fell in love with the masonry trade and became a highly skilled brick layer. When work slowed in LA, Buddy took to the waters around Cypremort Point on his 20’ center console fiberglass boat he appropriately named “The Black Rack”. It was amazing to see the impact those times had on Buddy as even in his twilight years he would still reminisce and share fishing stories with others from the Black Rack and numerous prior journeys with his Pop on the “Flying Cloud”. Noting the vivid recollection of detail to the stories, one couldn’t help but recognize his love for the open water, which gave him an indescribable sense of peace and comfort. Sometime around 1987, Buddy was ‘recruited’ by some of his South Louisiana connections to join them up in Boston where they were in need of skilled masons. It was there he met and married Karen to begin “Bud’s Journey, Part II”.

Adjusting to the cold, culture and cuisine had its ups and downs for Bud but when Katelin (aka ‘Skip’, aka ‘Button’) arrived, his hometown family knew he was there to stay and all down in Louisiana couldn’t be happier for him as Kate was the light of his life. When it seemed Buddy couldn’t be any prouder, along comes grandson number 1 (Carter, aka ‘Tater Bug’). Buddy’s world, perspective, focus etc., etc. took a beautiful transformation, about the same time he had lost that gruff Cajun accent (much welcomed by Karen as she was finally getting to a point where Bud was able to communicate verbally with his ‘Yankee’ family & friends rather than via pen & pad!) When grandson number 2 (Brady, aka ‘Bam Bam’) came along Buddy was beside himself.

Buddy’s ole-fashioned values & views were the bedrock of his persona. He wasn’t going to force anything on anyone, but don’t dare try to tell him he was missing the boat on life’s advancements, technology, and ‘progressive’ swings for the better! As embarrassed as he was to admit he succumbed to a cell phone, no one dared broach the subject of trying to upgrade him to an I-Phone as he would threaten to throw the flip phone in the brink if too much pressure was applied. As much as the grandkids transformed him, it was interesting to see the impact ole-fashioned Papa had on them. Before the age of 5, Carter knew the intro. To Gunsmoke backwards & forwards, both grandkids know who Barney and Aunt Bea were and if Jeremiah Johnson isn’t their idol growing up, we’ll all be shocked. Kate loved this influence on her kids but knew there was obviously some other ‘outside’ training that certainly came along with this - but quietly accepted that as ‘collateral damage’!

Buddy was a member of the Brick Layers Union in Boston and recognized for his 35+ years of association. He took great pride in his work and would rather tear out a phase of work he deemed substandard rather than move on to the next section/task. He was a man’s man and turned down the subsequent opportunities to work as job foreman so he could keep his hands on the brick & mortar.

To order memorial trees or send flowers to the family in memory of Roy G. "Buddy" LaSalle, Jr., please visit our flower store.