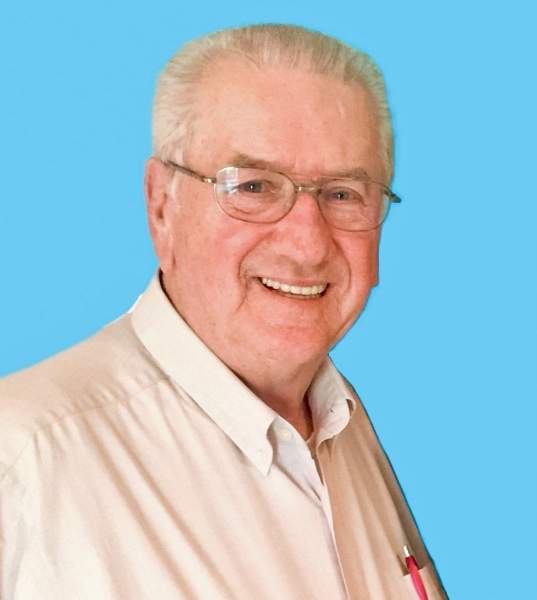 
Roy Theriot died peacefully at his home at the age of 78 from complications of diabetes. His wife of 59 years, Hazel Cormier Theriot, was by his side as he took his last breath. Roy lived a full life always leading by example. His contributions to the Acadiana business and philanthropic community will continue for generations.

Born to French speaking parents, Roy lived a simple life in Catahoula. He often said that he was so poor the poor looked down on him. He learned to speak English by sitting in the back of a classroom. After the sudden death of his father, at age 13 Roy worked before school to support his family. He grew up fast and at a young age learned what it took to succeed. He met Hazel at her sister, Earlene’s birthday party and went on their first date years later. They married shortly after high school.

Roy served in the US Army from 1962 to 1965. He served as Chief Messenger Clerk at Granite City Army Depot in Granite City, Illinois. He was in charge of putting together the 21-gun salute for President Kennedy’s memorial in St. Louis. After his service he entered the banking industry at First National Bank of Lafayette where an aptitude test placed him in one of the first computer departments in Lafayette.

He attended USL night classes under the tutelage of Dr. Olivier and was voted the first DPMA (Data processing management association) President in Lafayette. In 1973 he started Computers for Business Management (CBM) with businessmen: Paul Hilliard, Herbert Heyman, Horace B. Rickey and Dr. J.W. Vildibill.

Even though he was very busy, his faith and work ethic carried him through tough times, and he always helped family and friends wherever he was needed.

In 1983 he financed the St. Bernard/St. Francis Service Center which was in operation for 25 years helping the needy of St. Martin parish. He also contributed to the creation of the St. Martin Humane society for the 12 years it was in operation.

He was a 4th degree Grand Knight of the Knights of Columbus in 1992 in Breaux Bridge where he enjoyed the camaraderie of his fellow knights and the good that they did together. While CBM was his primary work focus, he also ran Theriot Management Group, Cormier Shoring, and AudioScribe Corp. which allowed him to employ dozens of families in Acadiana. He was a good man, and he was an inspiration to all who knew him. He will be sorely missed by all, especially his family.

Funeral services will be held on Saturday October 23rd at St Bernard Church in Breaux Bridge. Rosary will begin at 9:30 am followed by a service at 10 am with burial at the mausoleum behind the church. Everyone is welcome to attend a “Celebration of Life” gathering at the Borel Center next to the church from 11:30 am to 1:30 pm with a remembrance at Noon.

The family requests that In lieu of flowers, please make donations to St. Bernard Food Pantry or Hospice of Acadiana, 2600 Johnston Street, Lafayette, LA 70503, who provided him and the family excellent and respectful care in his final days.

To order memorial trees or send flowers to the family in memory of Roy Theriot, please visit our flower store.