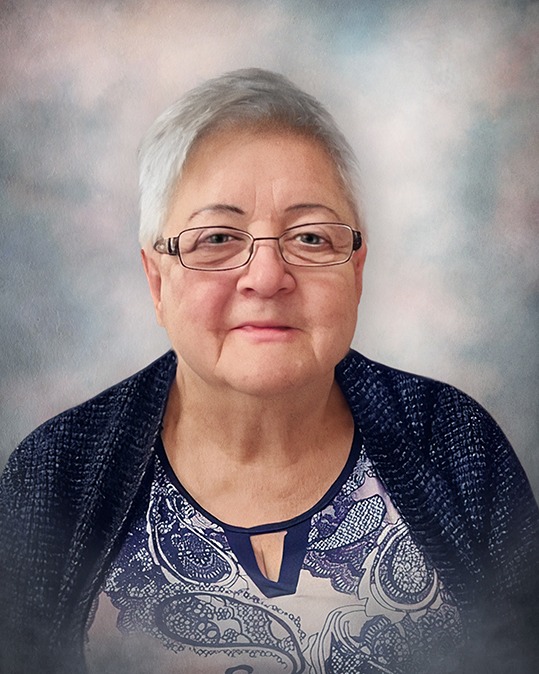 Arnaudville - A Mass of Christian Burial will be held at 10:00 AM on Thursday, January 5, 2023, at St. John Francis Regis Catholic Church for Sable Duplechin Landry, 71, who passed away on Monday, January 2, 2023, at Our Lady of Lourdes Medical Center.

Visitation will begin at 2:00 PM on Wednesday, January 4, 2023, at the funeral home in Arnaudville. It will remain open ALL NIGHT until 9:30 AM on Thursday. A rosary will be prayed at 7:00 PM on Wednesday evening by Shawn Gautreaux.

Father Gregory Cormier will officiate at the funeral mass. Readers will be Hannah Boudreaux and Fallon Guidry. Gift Bearers will be Maitlyn Patin and McKenzie Caceres. Interment will follow at St. John Francis Regis Cemetery.

Sable was a loving mother and grandmother, who was known for telling you how it is and her joking personality. She loved watching Bold and Beautiful and The Wheel of Fortune. Sable also enjoyed doing crossword puzzles and playing cards. Above all, she adored her grandchildren and her pet turtle, Gary. Sable's amazing cooking and whitty spirit will be greatly missed by all who knew and loved her.

She is preceded in death by her husband, Jerry Landry; parents, Faranta Duplechin and Zula Mouton Duplechin; and sister, Mable Smith.

Honorary pallbearers will be Raymond Smith and Cheryl Menard.

To order memorial trees or send flowers to the family in memory of Sable Duplechin Landry, please visit our flower store.