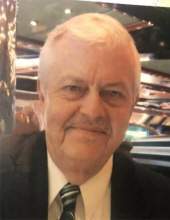 New Iberia – A Funeral Service will be held at 3:00 pm Friday, May 14, 2021 at Pellerin Funeral Home in New Iberia for Samuel “Pat” Byrd. Entombment will follow in the St. Michael’s Cemetery in St. Martinville.Rev. Ed Degeyter will officiate.A gathering of family and friends will be Friday from 1:00 pm until 3:00 pm at Pellerin Funeral Home.A lifelong resident of New Iberia, Samuel Patrick Byrd (Pat) was born the youngest of five children in Fayetteville, North Carolina. Pat died suddenly on vacation in Orange Beach, Alabama, on May 9th, 2021, two days after his 75th birthday. He graduated from New Iberia Senior High in 1964 and then spent his working years as a butcher. Pat thoroughly enjoyed his retirement with lots of fishing, playing the slots at the casinos, and barbecuing for his family. Most of his evenings were spent on his backyard deck with his wife, tending their vegetable garden and watching for birds. A natural comedian with a quick wit, Pat would often entertain his grandchildren with hilarious stories, jokes, and especially magic tricks — so proud to always have something up his sleeve. He thoroughly enjoyed going on cruises and also traveling, especially to haunted houses so that he could come home with scary stories for anyone who would listen. He also had a lifelong fascination with the stars and the cosmos and with any interesting puzzle or game that was difficult to solve. He will be greatly missed by his wife, children, and grandchildren. His family will certainly miss how much he made them laugh.He is survived by his wife of 51 years Elizabeth Maraist Byrd; son Greg Byrd (Adriana Rodriguez Byrd); daughter Jennifer Byrd Melancon (Cory Melancon); brother Joe Byrd; grandchildren Luke, Jake, and Layla Melancon, and Jordan and Joshua Byrd.He was preceded in death by his mother, Daisy Moore Byrd and father, William Dowell Byrd; sisters Mary Helen Byrd Abney, Hazel Byrd Daniels; brother Harry Floyd Byrd.Pallbearers will be his son, his son-in-law, and his four grandsons.Pellerin Funeral Home, 502 Jefferson Terrace, New Iberia, LA 70560, 337.365.3331<iframe class="ts_player" allowfullscreen="true" allowtransparency="true" allow="autoplay; fullscreen" frameborder="0" height="330" scrolling="no" src="https://www.tributeslides.com/videos/embedded_video/42W69Z84YM5HNRJQ" width="512"></iframe>
To order memorial trees or send flowers to the family in memory of Samuel "Pat" Byrd, please visit our flower store.