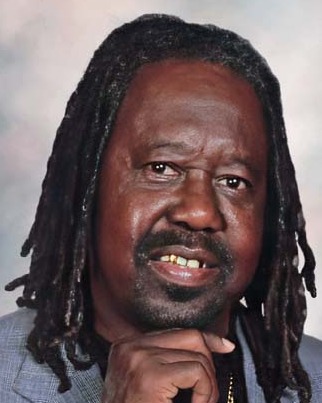 Breaux Bridge- A Mass of Christian Burial will be celebrated at 10:30 AM, Saturday, November 12, 2022, at St. Francis of Assisi Catholic Church for Terry "Smile" J. Celestine, 65, who passed away on November 1st, at Ochsner Lafayette General Medical Center.

Rev. George Bede Ajuruchi, SSJ will officiate at the funeral mass. Readers will be, Lilya Jenee' Keeton and Nylah Davila. Gift bearers will be Deja Booker and Christopher Booker.

Terry “Smile” James Celestine returned to his heavenly home on Tuesday, November 1, 2022, after a lengthy illness. His devotion to his family and his belief in God supported his struggles and ultimately gave him comfort and peace.

Terry was born to Allen Celestine Jr. and Verna Mae Francis Celestine on September 1, 1957, in

Lafayette, Louisiana. He was baptized at St. Francis of Assisi Catholic Church and remained a parishioner until his death. He began his formal education at St. Francis of Assisi and graduated from Breaux Bridge High School. His journey continued working for Southern Pacific Railroad for 15 years. Then he later transitioned to Martin Mills until the company closed. He returned to driving trucks and became self-employed.

As life has its ways of taking its detours, Terry’s life had its own with many turns. While carrying his cross, persevering through his new life journey of 13 years under dialysis and hospitalizations, like our Lord and Savior Jesus Christ, he was “never alone”. God assigned Smile his personal Angels, his mother, gently known to many, as MaeMae and his only
compassionate sister Roxanne, Caregivers, with unconditional love as you could ask for, and receive is what Smile experienced from his mother and sister. With his mother by his side daily, preparing meals, accommodating Terry to his Doctors appointment, along with many duties that comes with caring for a loved one. Long distance and miles away, would not allow Roxanne to miss a beat with ensuring “everything” her mother needed for the provisional care of her brother. She took care of it “all”. Warren and Harvey, standing close by, assisting in every area needed. They drove Terry to doctor’s appointments, hospital visits, sitting bedside or in the comforts
of his home. The family was always close in proximity. Terry was “never” alone. Even when the physical presence of his family was short time in absence; Smiles relationship with God was unceasing, and his Heavenly Fathers presence was there. Terry prayed daily, throughout the
day as Daniel in the Bible. A strong “Prayer Warrior,” he was. Attending Church was not a pass time for him, but a lifestyle and “must have”. His personal relationship with God is one he took seriously and without a day passing acknowledging his Lord and Savior.

Terry ’s infectious, warm smile greeted everyone within his presence which grained his Love name from family and friends “SMILE”. Smile’s warmth approached everyone with his straight forward, direct, yet point of view. He was often seen with his elder brothers Warren and Harvey enjoying the good times and Southern Culture of Louisiana afforded them. The brothers bond was often admired by many.

Terry fathered three beautiful daughters; Carmelita Davis, Danelle Alexan-der and Teri Davis whom he was “very” proud of , for each of their individual personal accomplishments and close friends and for awarding him the privilege of being the grandfather of nine precious grandchildren ( five grandsons and four granddaughters).

Life pleasures were appreciated and enjoyed by Terry with his love of the Arts of listening , dancing and family gatherings of festivals. He fascinated himself with the luxury of cars and motorcycles. Jewelry and hats were his personal fashion statement that made him always stand out and not fit in. What Smile enjoyed most were good people, hanging out and having a good time; with his brothers, family and friends.

As the day was drawing near to its end, and dawn was settling in; God looked down on earth’s sur-face and called Terry to heavens doors. As hard as it was for his family to see his road coming to its final turn, they heard and accepted his words of “I’m tired”. However, no one expected it to be so soon. Smile was ready, the gates of heaven opened, he walked through them on the evening of November 1, 2022; and took him into GLORY.

To order memorial trees or send flowers to the family in memory of Terry "Smile" J. Celestine, please visit our flower store.