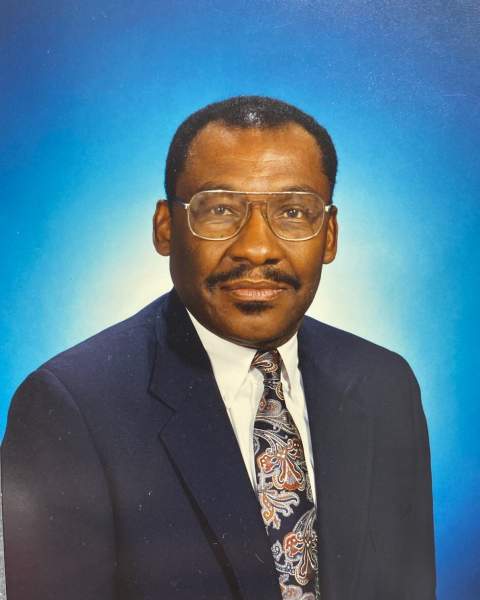 Loreauville – Funeral services will be held at Mt. Zion Baptist Church in Loreauville at 11:00am on Tuesday, November 15, 2022, for Verge Samuel Ausberry, Sr., 92.

Entombment will follow at Beau Pre Cemetery in Jeanerette.

Visitation will be at Pellerin Funeral Home in New Iberia from 8:00am until 10:00am on Tuesday.

Verge Samuel Ausberry, Sr. was born on October 22, 1930 in Mangham, Louisiana, the seventh child of the late Richard and Ada McMillian-Ausberry. God beckoned Verge from labor to reward on Thursday, November 10, 2022 at his residence.

Having accepted Christ at an early age, he was a Christian believer and was baptized at China Grove Baptist Church in Mangham, LA.  After relocating to South Louisiana, he joined Mt. Zion Baptist Church #1, where he served as a Deacon and church treasurer. Verge attended school in Mangham, LA and upon graduating from Alto High School, he enlisted in the United States Army and received an honorable discharge upon completion of his tour of duty.  He was united in marriage to the love of his life, Audrey Welcome, on April 5, 1958 in New Iberia. To this union, they were blessed with one son, Verge Samuel Ausberry, II.

His zeal for education inspired him to attend Grambling State University, where he graduated with a Bachelor’s Degree in Education.  His desire to further his education led him to obtain a Master’s Degree from the University of Oklahoma (Norman, OK), and a Specialist Degree from the University of Southwest Louisiana (now ULL) in Administration and Supervision. His career as an educator spanned 40 years of dedicated service, including classroom teacher in the Lafayette Parish School System, as well as various capacities in Iberia Parish School System, journeying through Weeks Island and Loreauville, and climaxing as Principal of New Iberia Freshman High School (the current Westgate High School).

Verge loved his family immensely and cherished spending time with his wife, son and daughter-in-law, Cheri, and later on, the pleasures of his two grandsons brought him great joy.  He was a die-hard sports enthusiast, as evident in the lives of both his son and grandsons. He enjoyed sharing time with friends and maintaining contact with longtime colleagues and former co-workers.

His memory will forever be etched in the hearts of his wife: Audrey Welcome Ausberry of New Iberia, LA; his son, Verge Samuel Ausberry, II (Cheri); two grandsons, Austin and Jaiden Ausberry, all of Baton Rouge, LA; and a host of nieces, nephews, extended family, other relatives and friends.

“A Life Well Lived, and a Rest Well Earned”

To order memorial trees or send flowers to the family in memory of Verge Samuel Ausberry, Sr., please visit our flower store.