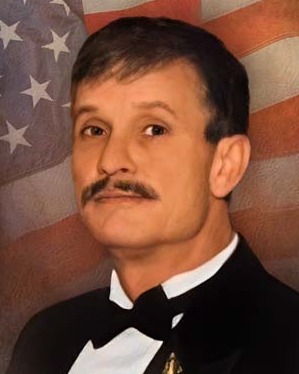 A visitation will take place at the funeral home in Breaux Bridge on Friday from 3:00 PM until 9:00 PM. It will continue on Saturday from 8:00 AM until the time of service at 11:00 AM.

Dooley was a devoted husband, father, grandfather, great-grandfather, and brother. He honorably served in the United States Navy in the Vietnam War, for twelve years. Dooley worked for the State of Louisiana DOTD for 30 years until his retirement and then went on to work for Wackenhut Security at the BCBS building in Baton Rouge.

Dooley loved music of any kind and he enjoyed spending time with his family and friends. He was a sports fan and cherished the times spent watching his children and grandchildren play sports. Dooley was known for his jokes and the way he kept everyone laughing. Above all, he was an amazing friend, who will be remembered by his special way of checking on people in their time of need. He will be greatly missed by all who knew and loved him.

A burial at sea, with military honors, will take place at a later date, off of the coast of Norfolk, Virginia, per Dooley’s wishes.

The family wishes to thank the New Way Group for their support over the last 38 years.

To order memorial trees or send flowers to the family in memory of Walter "Dooley" Scott, Jr., please visit our flower store.