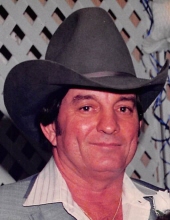 Cecilia - A Mass of Christian Burial will be celebrated at 12 noon on Saturday, January 30, 2021, at St. Joseph Catholic Church in Cecilia for William "Jim" James Berard, 80, who passed away on Friday, January 22, 2021, at his residence surrounded by his family. The family requests that visiting hours be observed at the funeral home from 2:00 pm until 9:00 pm on Friday and continue on Saturday at 8:00 am until 11:45 am. A rosary will be prayed at 7:00 pm on Friday by Karleen Berard. Rev. Gregory Cormier will officiate at the Funeral Mass. Readers will be Dorothy Lee, Marla Dugas and Natalie Goulas Neuville. Interment will follow at St. Joseph Cemetery in Cecilia. At the age of 15, Jim left home to help his parents care for his 7 siblings. There began his love of the water. Jim was one of the youngest to ever receive a Captains license. He worked on the water as a riverboat captain for 65 years. He received several safety awards for never having an accident on the water. He had one rule, it was MY WAY OR THE HIGHWAY. Jim is one of the most respected Captains in his field. Many men have attributed their success today to Jim. He took several young boys under his wing and pushed them with tough love. He was there to teach, but not to babysit. Today each and every one of them are in the Riverboat field either in Operations or as Captains. Jim was an avid Horseman. His love of horses began at an early age. When he bought his first horse to trail ride. Then he started racing quarter horses. He is a lifetime member of The Louisiana Quarter Horse Association and American Quarter Horse Association. He looked forward to raising colts to sell at the yearling sale. Jim was everybody’s friend. A man of few words with a shy smile. His soft spoken, kind nature was a pleasure to be around. You never heard him speak badly of anyone and no one spoke badly of him. His love of horses was a passion, but he was passionate about the love for his family. He spoke fondly of the love of his wife and kids. His family was always first and foremost. Five years ago, Jim had 2 major strokes. He was told he would never walk again. Jim, nor his family took this diagnosis laying down. He worked tirelessly with therapy hours a day, 5 days a week, a lot of blood, sweat and tears but 8 months later, he beat the odds and was walking and talking. His family was determined to support him and never gave up on him. In the next 4 years, they would not let a stroke hinder him from enjoying life. He loved going to Pat’s, where he was treated like a king. He loved listening to The Nik L Beer and Louisiana Red Band. He looked forward to the Nik L Beer cruises, which he sailed on 5 cruises with the band. The family would like to thank Genee Guidry Latiolais. Thank you for the unconditional love and support that you have given to Jim and his wife and daughter. You have cried with him, laughed with him, pushed him tirelessly in therapy but most of all, thank you for loving him the way you did. The bond between these two had was originally started with a patient and therapist, then forged into Love. You gave him 5 years that would have been different if it had not for you pushing him. They could never repay you for the love and dedication. He called you his angel. To his family you are also. Thanks to the Torres Family. Thank you to each and every one of you for taking Jackie and Jim in as your own family. You all made his life worth living and he looked forward to spending time with you. Thank you Cris Lee for always being there to help. Whether it was therapy for hours a day, or just to pamper him you made this man feel like a king. He took you as his own and he sure loved his ‘KISS. Chris and Melanie, thank you for always being my right hand. Lastly, the family would like to thank the following people, Robicheaux Ranch, FMT Florida Marine Transporters, James Miller, Keith Emrick, Gerry Calcione, Johnny Burkett, Keith LeBlanc, and Glenn Haydel for all your friendship and support over the years. St Martin Hospital for the excellent care given. Always above and beyond in the care of Jim and his family. Jim was a one-of-a-kind person. Those that were blessed to know him will have a void that will never be filled. Speak of him, don’t forget him, but always know he will forever be in your heart. God needed a Captain in heaven, and he got the best one. He is survived by his wife of 43 years, Jackie Berard; daughters, Brandy (companion, Cris Lee) Berard of Breaux Bridge, Cherie (Mike) Neely of New Iberia; two sons, Chad (Dawn) Berard of Dallas, TX., Shenny James Berard of New Iberia; 7 grandchildren; many great grandchildren; four sisters, Geanie Patin of Cecilia, Ella (Ronald) Goulas of Cecilia, Sylvia Charpentier of New Iberia and Penny Guidry of Parks; brother, Rex John (Belinda) Berard of Cecilia; sister-in-law, Karleen Berard of Cecilia; and two godchildren, Joshua Verret and Waylon Blanchard. He was preceded in death by his parents, William and Lucille Berard; brother, Albert "Pyook" Berard; two brothers-in-law, Russell Guidry and Norton Patin; two sisters-in-law, Edith Castille Walden and Betty Louviere; in-laws, Lyon and Shun Castille; and first wife, Jeanne Martin Berard. Pallbearers will be Chad Berard, Tyler Berard, William Myers, Chris Castille, Brandon Berard and James Miller. Honorary pallbearers will be Keith LeBlanc, Glenn Haydel, Blaze Myers, Jerritt Louviere and Keith Emerick. Pellerin Funeral Home of Cecilia, 2238 Bushville Hwy., Cecilia, LA 70521, (337-332-2111) is in charge of arrangements.
To order memorial trees or send flowers to the family in memory of William "Jim" James Berard, please visit our flower store.