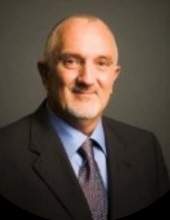 New Iberia – A Memorial Mass will be celebrated at 1:00 pm on Thursday, August 26, 2021 at St. Pius X Catholic Church in Lafayette for William Kell Lewis, Jr., 67, who passed away on Friday, August 20, 2021, at Ochsner Lafayette General Medical Center.A resident of St. Martinville, William Kell Lewis, Jr. was born in New Orleans, Louisiana on February 27, 1954 to the late William Kell Lewis, Sr. and Marian Arnault Berault. He worked as a North American Land Manager for Haliburton, and retired after 45 years of service. Kell was larger than life. He touched so many lives and was mentor to many over several generations. When returning home each day, the first thing he did was find Lyn, give her a kiss, and say, “I love you.” No matter how many people were there or how chaotic the situation, Kell found Lyn first. Their love was an inspiration to many and served as an example to their children. Kell and Lyn were faithfully married for 48 years. He loved his kids so much. Anyone who knew him, knew when Kell spoke in public about his family he would always get choked up. He sacrificed anything to help better them, and was always there to give them advice and guidance. His kids loved him and learned so much from his example. Nothing was more important to him than family. Kell was the rock of the Lewis family, and he is deeply missed. Mr. Lewis is survived by his loving wife, Evelyn McGlothlan Lewis; a daughter, Kelly Delcambre of St. Martinville; three sons, James Lewis (Shannon) of Breaux Bridge, David Lewis (Brandie) of New Iberia, and Tucker Lewis (Marianna) of Odessa, TX; eleven grandchildren, Nicholas Delcambre, Kaitlyn Delcambre, Addison Delcambre, Jonathan Lewis, Emily Lewis, Alyssa Lewis, Lauren Lewis, Kell Lewis, Jack Lewis, Jane Lewis, and Alice Lewis; and two sisters, Marilyn Gardner (Joey) of Poplarville, MS, and Kathy Setterman (Don) of Ashland, KY.Mr. Lewis was preceded in death by his parents. In lieu of flowers, the family requests donations be made for tuition assistance to Catholic High School in New Iberia, LA or St. Bernard School Foundation in Breaux Bridge, LA. Pellerin Funeral Home, 502 Jefferson Terrace Blvd., New Iberia, LA 70560, (337-365-3331) is in charge of arrangements.<iframe class="ts_player" allowfullscreen="true" allowtransparency="true" allow="autoplay; fullscreen" frameborder="0" height="330" scrolling="no" src="https://www.tributeslides.com/videos/embedded_video/DZGNR8QZG8S2G5M8" width="512"></iframe>
To order memorial trees or send flowers to the family in memory of William Kell Lewis, Jr., please visit our flower store.