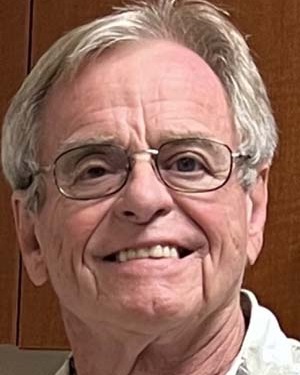 A resident of New Iberia, Mr. Hudson was born December 5, 1949 in Abbeville, to the late Howard “Sam” Hudson and Hazel Metz Hudson. He was a 1967 graduate of New Iberia Senior High and a graduate of USL, now the University of Louisiana Lafayette, with a Bachelor of Science degree in Psychology.

Mack proudly served our country in the U.S. Army during the Vietnam War. He was a machine gunner/driver of an M113 Armored Personnel Carrier in the 8th Infantry, 4th Infantry Division, and was then reassigned as an infantryman with the 196th Light Infantry Brigade, 23rd Infantry Division, and it was there that he was wounded in action. Mack was a Purple Heart recipient.

Mack worked in the commercial and residential construction industry for many years as a carpenter, foreman, and superintendent in New Iberia, Lafayette and Orange, Texas. He then began another career as an educator for St. Mary Parish at Franklin High School and West St. Mary High School. He retired in 2018 after 28 years of service, having taught Special Education and Agriscience. Mack also served as an FAA Advisor.

He enjoyed hunting, fishing, camping, building and woodworking, reading, especially history, birdwatching, gardening and raising small animals. Mack loved studying nature and educating anyone who would listen with all of the facts about it, from identification of animals to types of rocks and minerals. He also enjoyed studing archaeology and looking for artifacts.

After retirement, Joy and Mack, known as “Paw” to his three grandchildren, spent lots of time playing with them, raising animals, gardening and teaching all of them about nature. They enjoyed listening to his endless stories about the “Magic Woods”. Paw also loved going on trips and vacations with them.

In addition to his parents, he was preceded in death by his father-in-law, Forbus "Bag" Mestayer, Sr.; mother-in-law, Myrtle Granger Mestayer; and a sister, Rebecca Hudson Courville.

To order memorial trees or send flowers to the family in memory of William "Mack" Hudson, please visit our flower store.