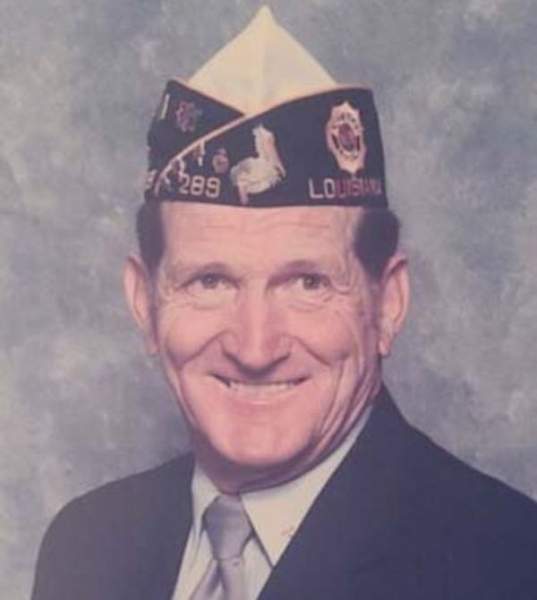 The family requests that visiting hours be observed at the funeral home from 1:30 pm until 3:00 pm on Saturday.

Pastor Rob Burdeaux will officiate at the Funeral Service. Interment will follow at Lafayette Memorial Park in Lafayette.

Willie, affectionately known to many as "Red", honorably served his country in the United States Navy.  He was a member of the American Legion, VFW 40/8, Dept. Executive Committee Man Post 71, Past Dept. Executive Committee Man Post 71, 3rd District Commander, and 3rd District Vice Commander.  Red was instrumental in assembling the first Honor Guard that provided military services for veterans who passed away. He was also chosen as Chef de Train in 1994, Locale Chef de Gare, 1997 - 1998 Grand Chef de Gare, and 2001 Sous Chef de Clemin de Fer. He will be remembered for his dry sense of humor and his devotion to his country.

To order memorial trees or send flowers to the family in memory of Willie "Red" H. Miller, Sr., please visit our flower store.